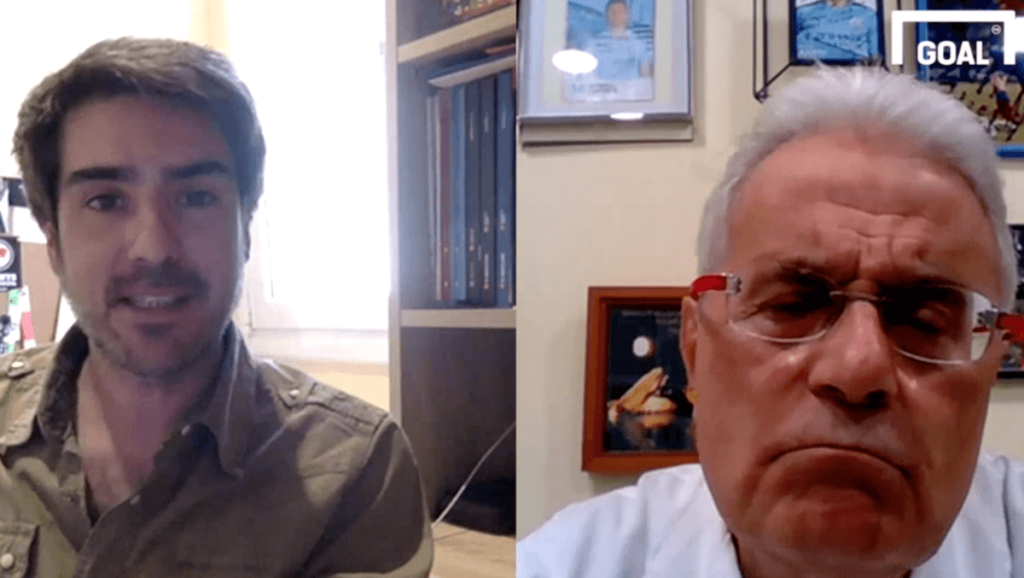 Dr. Cugat, the world authority on traumatology, points out the importance of prevention and notes that “you have to enter the field while in shape”.

Ramon Cugat
(Tortosa, 1950) is one of the world’s largest authorities when it comes to orthopedic surgery and sports traumatology, a surgeon who has intervened the joints of some of the most important footballers of recent decades. He stresses the importance of being optimistic in the face of adversity in not opening the door to misfortune a little and maintains this attitude days before the return of LaLiga, while pointing out that one cannot lose sight of the need for a serious risk of a plague of injury after three months of forced stop to slow down the expansion of the coronavirus.

Is this the most atypical situation you remember in the world of football?

“We met at first in the middle of the season, something unheard of that we had never lived. Footballers usually rest for about three weeks in summer while now we come from more than two months in solitary confinement. It has been a time when they have exercised on their own and that is different than doing them with their peers and physical preparers, people who care for and guide them. It is not the same to do it at home on a harder floor, parquet or mosaic, than to do it on the lawn, which is where the player has to be. It’s something to keep in mind because it’s kind of anome, just like the extra-kilto that they may have won. They are negative data but on the other hand there is also the illusion of returning to the lawn, that the air will hit them back in the face, that they can smell the lawn, that the boots get dirty… I think that is positive and in Spain we have some very good preparers, the quality of the physical work is very high, we have very good people and the proof is that many are in foreign leagues all over the world. They will all try to see the minimum possible injury but it must be borne in mind that every footballer needs a certain time to be ready and what is not now is time.”

The Bundesliga has returned but there have been many injured. Is it an anecdotal fact or is it related to the fact that footballers have been standing for two months?

“For me it is a consequence because footballers have been cut off, who have to grease their physical mechanisms. When you have it greased and then you slow down your pace has to come back. Races, sprints, stops and changes in pace, when it does it every day does so with ease and now we have to recentralize the neurological and muscle system. It is very important to avoid typical injuries after the muscle has been cold for so long. I think it can condition us a little bit and that’s what I think happened in Germany. This stop has not been good thinking of following the upward curve that the footballer follows.”

Do you give players time to get ready in a month after two unemployed?

“I think it’s a little fair, but let’s wait and see the work of trainers and physical trainers. All the teams are very well controlled and enjoy very good professionals, I have full confidence in Spanish science. There may be a higher risk of injury, of course, but I think we can overcome it. You have to be optimistic so as not to give doubt to footballers and not to think about what can happen to them. The first thing is that they are well and now they have the opportunity to reread the field and perform double sessions if necessary, you have to take care of yourself in diet, drinking, rest and sleep so that the body is in full faculties. It is not the same training in the gym as on the field and the player works on the field. As much as they prepare at home is not the same, I understand that they are excited to do so and I think they will do their best.”

Do you agree with Paco Seirullo when he says that more substitutions increase the risk of injury?

“There are two sides. It’s one thing to change the pace that comes between the rest when a player comes in. The other is that if we see that physical preparation is short I think players can suffer less stress. I think it is positive that there are more changes, respect for Paco and we are very good friends, it is an authority in physical recovery, of course. But personally I think the player has a lot of muscle injuries when he makes sudden rhythm changes, some injuries come from lack of physical preparation and others because of fatigue. The player will want to give everything and sometimes if it is sixty minutes instead of ninety because we can make him rest. But the one who enters must have warmed up well and enters the already sweaty field.”

“There may be a higher risk of injury but I think we can overcome it, we have to be optimistic so as not to give doubt to footballers”
Does prevention change a lot with context in mind? At the end of the day, the LaLiga greats are already used to playing every three days as it will.

“One thing is that we want to prepare the player to play but you also have to take into account the rest margins to avoid the over-exhaustion and that is not good so you will have to study it well depending on the opponent, the players available and the type of preparation they require. That’s one way to avoid injury. I always say that to do sport you have to be fit, you don’t have to do sports to get in shape. It’s the way to prevent injuries and we’ve seen it in Catalonia. Before, there was no job of adductors and abs. Now everyone knows how to do their stretches and their physical toning so despite having increased the number of federation licenses has decreased the number of this type of injury.”

Are the shorter templates the ones that can suffer the most?

“Statistically I don’t know, but I think so. When a coach has twenty-three players and is injured one has a choice. The less you have, the less you can choose. I think a short template can generate more problems than a long template, but it must also be said that not as many matches remain. You could put the same eleven in each match but the demand is very high and sometimes the player can’t take so many matches in a row.”

“To do sport you have to be fit, you don’t have to do sports to get in shape”

Read the article by clicking here