I hurt myself by running and I have a torn cruciate ligament. Is it a common injury among the ‘runners’?

Anterior cruciate ligament injury is relatively common among athletes. It is more common in sports that require rotational movements, turns, during practice, such as football or skiing, which are two of the sports where they are most frequently observed. Between “runners” can occur in relation to casual falls, especially among those who use uneven or mountainous terrain, mountain runners. It has several factors that favor it, among which is the lack of muscle tone or the exhaustion of it. In each patient we can find various factors that in sum are the ones that lead to this injury.

What consequences can this rupture have for my long-term knee in the long run?

This injury creates knee instability for movements that require a turn. Not only will it make it very difficult to perform sports such as team sports that there is contact with an opponent (football, basketball, handbol,…), also difficulties will be those athletes who need a lever arm with their leg (skiing, tennis, paddle,…). The least affected are usually cyclists or swimmers where there is not so much use of knee rotation. However, depending on the discipline of swimming such as breaststroke, or sprinting in cyclists, patients may have discomfort in the form of pain and a feeling of instability.

Between runners, it is possible to perform a continuous race, but the anterior cruciate ligament injury alters the race pattern, generating a feeling of instability in slippery, uneven floors or in races that exist steep curves, where clearly the runner has to decrease his race pace to face those sections.

For daily life it can also create problems, such as going down a ladder or crouching down. In the long term, continued instability associates with increased injuries to the meniscus and knee cartilage that cause pain, stiffness and limitations to knee function. These steps can lead to an accelerated and early osteoarthritis of this knee.

How is it treated?

The anterior cruciate ligament injury may be complete or incomplete. In cases where there is sufficient tissue and is in good condition, these patients can be treated with conservative measures that do not lead to an operating room. Good physiotherapy, physical recovery, with a muscle tone and power, a good elasticity of the quadricipital and hamstring groups, helps to regain mobility and bipedation.

In cases where the lesion is partial, biological techniques such as plasma rich in growth factors can be used to accelerate a regeneration above all of the associated lesions, such as meniscus and cartilage lesions, which we can observe in almost half of the cases.

If the injury is complete, surgery is the main treatment. In this, the ligament must be reconstructed with a graft that is mostly obtained from the same patient. The central portion of the patellar ligament or goose leg tendons are the two most commonly used grafts worldwide by most surgeons engaged in this field, although the use of grafts from the tissue bank is also a safe and common practice in many of these injured.

How long do I have to go without sports?

The recovery time of a complete anterior cruciate ligament injury for reinstatement to sport depends on the discipline we speak of. Between 6 and 8 months is the figure that in high-level athletes are needed for most sports. In runners, if they are smooth terrain the time is shorter, varying between 4 and 6 months. The main factors for calculating recovery time are the degree of sport and age. In young patients and professional athletes are the ones who arrive in greater numbers at the same sporting level than before their injury, exceeding rates of 95%. This time will certainly depend on the resilience and effort of recovery of patients. The long and slow recovery of months of evolution requires an ongoing effort that many patients find difficult to combine with their usual life, their studies or their work.

When I get back to routine, should I wear a knee brace or be careful with any movement?

Reconstruction of the anterior cruciate ligament, or its conservative treatment in cases of partial injury, seeks a complete recovery that leaves the fewest sequelae. That is why normally, if the evolution of these patients is normal, patients do not need to use any type of knee brace or avoid any type of movement.

The main risk of breaking the ligament again is early reinstatement to sport when the new ligament is still not mature enough. Complete maturation times are observed from 6 months of surgery, most of them being complete by year. In this sense, the use of plasma rich in growth factors accelerates such maturation, shortening these times by almost 50% and therefore “normalizing” these ligaments early.

Specialist in Traumatology and Orthopedic Surgery at the Cugat Institute 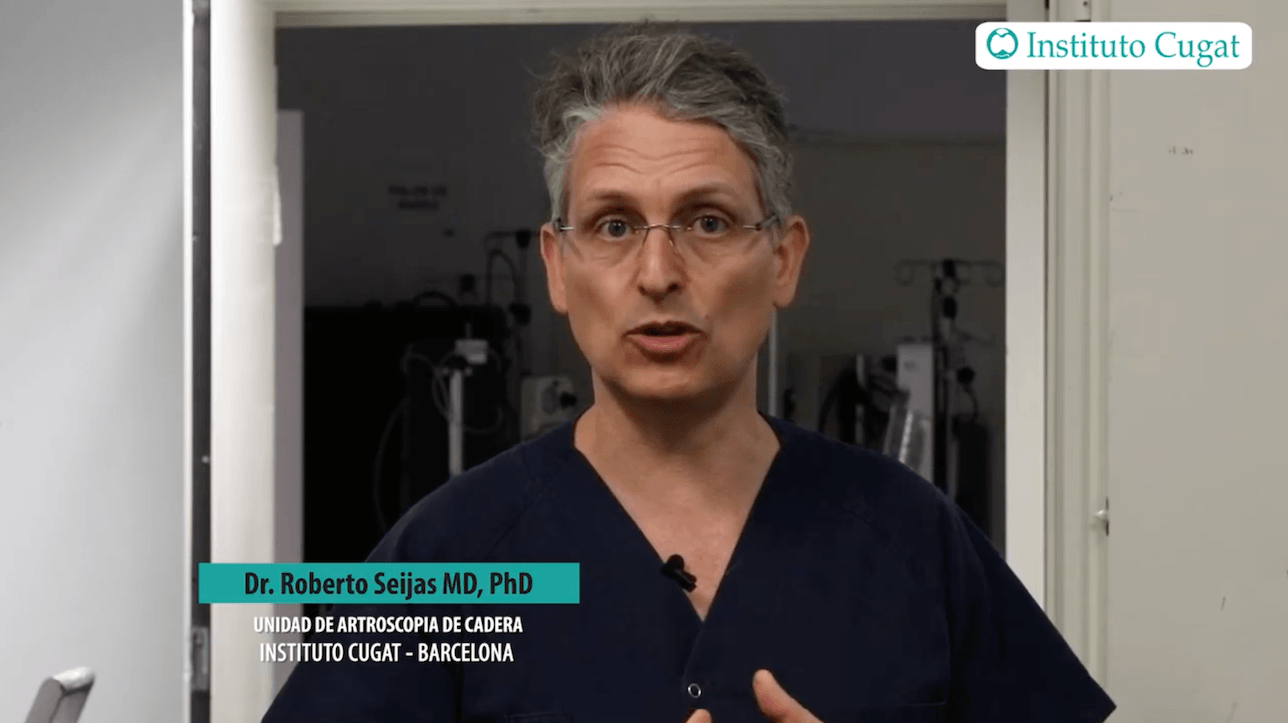