Alexis’ healer: the miraculous hands that Chilean stars have so much faith 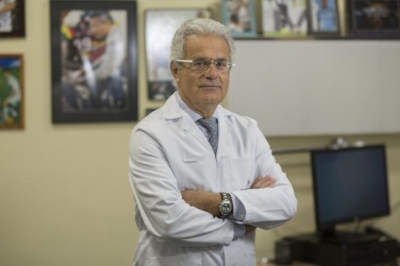 Traumatologist Ramón Cugat, who has operated on Sanchez, is one of the most reputable doctors in the sport. Through their pavilion they usually pass the figures of Barcelona and the main clubs of the world. Arturo Vidal, Claudio Bravo and Christopher Toselli are on their list of illustrious patients.

Finding Ramón Cugat, the doctor of the miraculous hands that heal Chilean stars and who has just operated on Alexis Sanchez’s ankle, is unemployment is virtually impossible. You have to pass two or three filters so that, finally, your closest collaborators deliver a response that sums up your life. “He’s in the ward, operating. And when he operates it takes a long time, it takes all the time it takes,” they explain, as an excuse and to graph the dedication that made him the doctor in which several of the most reputable footballers in the world and almost all the stars of Barcelona have relied on, or who have gone through the culé club, who have required some complex treatment. In the latter category, in addition to tocopillano, three other Chileans enter.